Suge Knight vs Kanye in US Federal Court 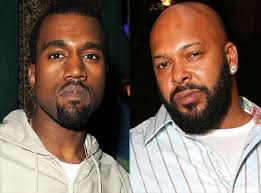 MIAMI (AP) — A rap music smackdown looms in a federal courtroom between oft-troubled impresario Marion “Suge” Knight and controversial star Kanye West over a shooting at a star-studded Miami Beach party. Knight, founder of Death Row Records and promoter of some of rap’s biggest acts, was shot in the right leg in August 2005 by a still-unknown assailant at the ultra-trendy Shore Club. West was hosting the party before the MTV Video Music Awards held that year in Miami.
No one has ever been arrested, and like many other shootings in the rap world, police found few witnesses although the club was packed with partygoers, including celebrities Jessica Alba, Eddie Murphy, The Black Eyed Peas and Paris Hilton. At least six shots were fired, police said. More than four years later, Knight is claiming in a lawsuit that West and the Shore Club’s owners failed to provide security necessary to keep out people with weapons. Knight’s attorney, Marc Brumer, said Tuesday that Knight had $200,000 in medical bills from a gunshot that shattered his femur and will seek total damages of well over $1 million.  “He’s an icon in the music industry. He walks in a room and he lights it up,” Brumer said. “He had an expectation of security there. How someone came with a gun into a very VIP party, that just doesn’t meet the smell test in life.”
U.S. District Judge Patricia Seitz has scheduled a Dec. 6 trial date in Miami.
West’s attorney did not immediately return a telephone call Tuesday seeking comment. In court papers, West and the Shore Club ownership have denied Knight’s claims of negligence. The damages total includes a 15-carat diamond earring valued at $135,000 that Knight said came loose during the shooting chaos and was picked up by an employee who promised to return it. Knight doesn’t know the identity of the employee but has never seen the earring since, according to court papers. Knight claims in his lawsuit that it should have been obvious to West and the Shore Club that the party could produce a “dangerous environment” because of well-known feuds between East and West Coast rap figures that have triggered a lot of violence.

One of Knight’s biggest stars, Tupac Shakur, was shot and killed in 1996 while riding in Knight’s car. At the time, Knight was feuding with Sean Combs’ Bad Boy label, and Bad Boy’s top artist, the Notorious B.I.G., was gunned down months later in Los Angeles. Relatives of B.I.G. have accused Knight of involvement, but police have never named him a suspect.

“Prior to the party, defendants knew that it was critical to screen guests, employees and others entering the party premises for weapons,” Knight’s lawsuit says. In fact, Knight said in the lawsuit that he and his entourage were patted down by security personnel before they went inside, leading him to assume that was true for all guests. The burly Knight, nicknamed “Suge” for Sugar Bear, was one of the most powerful music figures of the 1990s. With superstar rappers like Snoop Dogg, Dr. Dre and Shakur in his stable, plus Bloods gang members on his payroll, he made millions and enemies in equal abundance. West, meanwhile, is a multiple Grammy winner and one of today’s biggest stars, but is prone to boorish behavior in public. These stunts include a 2005 comment that former President George W. Bush “doesn’t care about black people” because of the slow government response to Hurricane Katrina and West’s heavily criticized decision to grab the microphone from singer Taylor Swift during last year’s MTV awards. West has previously lashed out at awards shows when he didn’t win.

The lawsuit was originally brought in Los Angeles as part of Knight’s 2006 filing for protection from creditors under Chapter 11 bankruptcy laws, which resulted in an auction of Death Row Records assets and sale of Knight’s mansion in Malibu. The Shore Club’s owners, Philips South Beach LLC and Morgans Hotel Group Management LLC, successfully petitioned to have the lawsuit moved into federal court and transferred from Los Angeles to Miami. If Knight wins, he’ll have to share damages with the bankruptcy trustee and the Internal Revenue Service.

This guy’s got some fuckin nerve, i thought you were gangster Suge? Now that your fkin broke your tryin to pay off ya debts by suing someone who had nothing to do with you being shot…and then he’s going to say “it should have been obvious to West and the Shore Club that the party could produce a dangerous environment because of well-known feuds between East and West Coast rap figures that have triggered a lot of violence.”  ??? WTF..REALLY?? UMMMM YOUR THE DICKHEAD THAT WAS THE BIGGEST INSTIGATOR IN THE SO CALLED EAST-WEST COAST BEEF, REMEMBER THE SOURCE AWARDS WHEN HE MOCKED DIDDY?  FK OUTTA HERE MAN, KANYE IS A PRICK, BUT YOU ARE A BIGGER PRICK, I HOPE YOU LOSE. YOU PROBABLY WOULD SUE TUPAC IF HE WAS ALIVE.

GO BACK TO SLEEP SUGE.

THE 13TH YEAR ANNIVERSARY OF THE NOTORIOUS B.I.G.

MAY 21ST, 1972-MARCH 9TH, 1997
Today we remember the greatest emcee(arguably) of all, the Legendary Notorious BIG. It has been 13 years since Biggie was murdered. His death still hasn’t been solved, although many rumors have been speculated over the years (that’s what usually happens when an unsolved death occurs). I remember that Sunday morning, I was watching MTV and a news flash scrolled across the screen “The Notorious Big has been shot & killed in L.A.”, I was fkin shocked.
But I wont go on about Biggie’s death, today we celebrate his life, his music and his impact on the Hip Hop culture. As a dj, I love going into a Biggie set, the dance floor gets packed & everyone is reciting his lyrics. that’s what his music did to people. Regardless if some of his music was too explicit or too gangster for some people, it was the way Biggie rhymed and how he put it together & flowed over the music. Sometimes its not what you say, but how you say it, and Biggie definitely mastered that, and with only 2 official albums he is regarded as the best of all time. And today Sean “Diddy” Combs is  throwing his first-ever Brooklyn bash as a tribute to his late friend, rapper Notorious B.I.G. The invite-only bash will honor the 13th anniversary of the death of Biggie and will be held at Bed-Stuy club The Lab. Diddy is also pushing for March 9th to become “Biggie Day,” a national hip-hop holiday.

So pull out ya Biggie Collection, or download my tributes and pay homage to the late great Biggie Smalls.

Rest in peace Big, you will never be forgotten.
DJ TIGER PRESENTS THE BIGGIE DUETS : RELOADED

DJ TIGER PRESENTS THE BEST OF THE NOTORIOUS B.I.G.

THE BEST OF LIL KIM 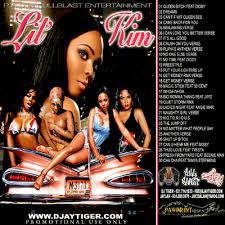 U RAPPERS AINT TOO BRIGHT THESE DAYS

TO QUOTE ED LOVER, CMON SON!!…
ROXANNE SHANTE, EVEN THOUGH SHE’S OLD ENOUGH TO BE MY GRANDMA, LIED ABOUT RECEIVING A PH.D, NAS OWES THE IRS 2 MILLION (AND ALSO HIS BABY MAMA), METHOD MAN JUST GOT BAGGED FOR FAILING TO PAY 35,000, & THE GAME AND LUDACRIS ARE BEING SUED BY LAW FIRMS FOR UNPAID LEGAL FEES, CMON SON!! YALL RAPPERS NEED STEP YA LEGAL GAME UP AS WELL AS YOUR LYRICS (THATS ANOTHER ISSUE THAT I WILL POST VERY SOON), I MEAN GIVE ME A EFFING BREAK, YALL SUPPOSED TO BE SO NICE ON THE MIC, HOW COME YOUR NOT NICE WITH COMMON SENSE?? DAMN YOU KNOW THE MEDIA IS GOING TO EAT IT UP AS WELL AS THE BLOGS, LMAO! SO RAPPERS PLEASE STEP IT UP, YOU JUST GIVING MORE AMMO FOR B!TCH A$$ O ‘REILLY AND RUSH TO TALK MORE RACIST NONSENSE , AND THATS REEL TALK.
P.S. – JAY-Z & DIDDY, DON’T THINK CAUSE YOU DOWN WIT BARACK THAT THEY ARE NOT WATCHING YOU SON. LOL